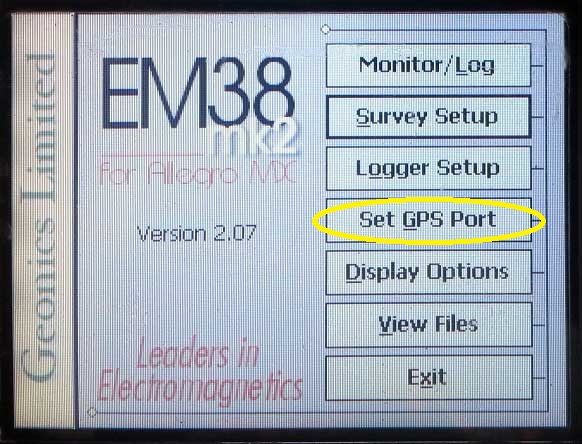 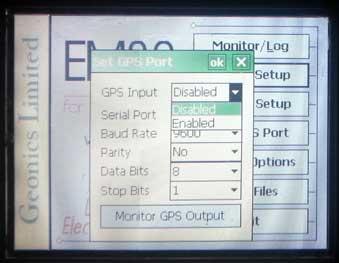 Input Field and choose either Enabled or Disabled depending on whether the user wants to use GPS for the survey or not. When the EM38-MK2 GPS is disabled, a message stating GPS Disabled will be seen where the GPS coordinates would usually be in the logging mode. 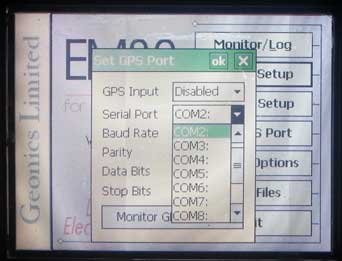 Port in the Serial Port Field if enabling the EM38-MK2 GPS. COM2: is the default GPS Com port. It is important that the GPS port is different than the port connected to the EM38-MK2 for data acquisition. 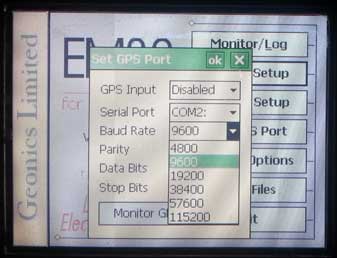 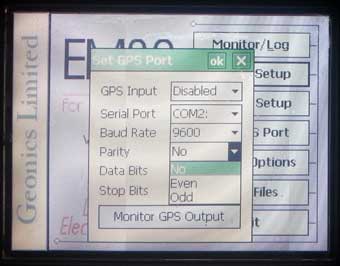 to the GPS’s parity. Options include No, Odd, or Even. The default is No. 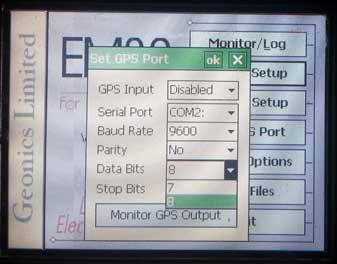 Value that matches the GPS receiver. The default is 8 although it can be adjusted to 7.

Value that matches the GPS receiver. The default is 1 although it can be adjusted to 2. 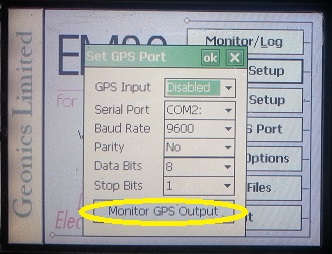 8. If the Monitor GPS Output

Button is tapped, the EM38-MK2 program will be in terminal mode, displaying the GPS receiver output, the last NMEA command sent to the GPS receiver, and three command buttons: Pause/Go, Send, and Exit.

Every time the EM38-MK2 GPS records its location, information is sent and displayed in the terminal mode. If the user receives a message of “No Data,” the GPS settings or connection are not correct. The GPS monitoring can be stopped and restarted at any time using the Go/Pause Button. The Send Button allows the user to send a NMEA command to the GPS receiver. GPS parameters should be set using the GPS’s interface or manufacture’s software. However, if the user is familiar with the GPS’s system and NMEA protocol, he or she may use this button to give commands. It is important to note that not all GPS systems use NMEA protocol and some do not accept commands sent through serial cables. The Exit Button is used to leave the terminal mode. 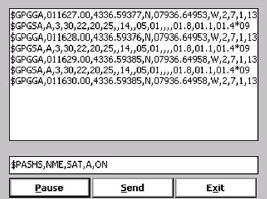 9. After changing the EM38-MK2 Survey Setup Menu options, it is important to save.